On Tuesday, a group of 15 year 5 and 6 children took part in an East Hounslow Tag rugby competition. We travelled to Grasshoppers rugby club in Osterley and spent the afternoon playing lots of matches with local schools.

Team A played 3 matches in the qualifiers. They played exceptionally well and progressed into the semi-finals. The final 2 games were intense but unfortunately, we narrowly missed a place in the finals.

Team B played 2 matches in the qualifiers. They were up against some incredible teams and unfortunately didn’t progress to the finals. However, their final game was amazing and it was Emilia who scored the final try in the last minute, resulting in their final match being a draw.

Having not had much experience playing tag rugby, both teams did a phenomenal job and should be incredibly proud of their teamwork and determination. It was a great experience for all, especially some of our children who had never taken part in competitive sport against other Hounslow schools.

As always, we had so much fun and we are so proud to represent our wonderful school. 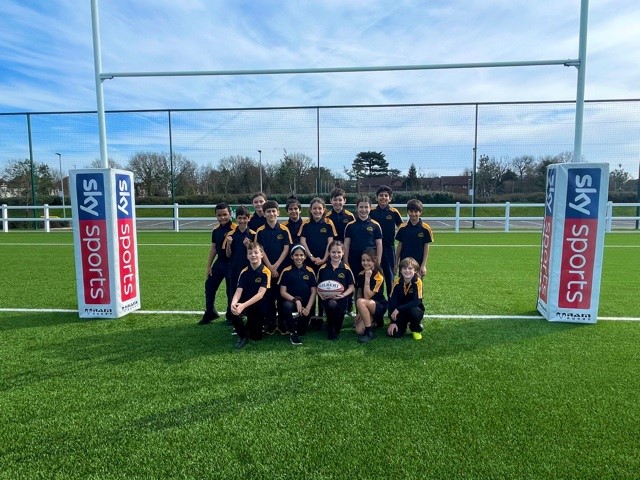